How often does it happen to you that you call a mechanic to repair your broken water heater and soon you end up watching a private performance in your kitchen? Well, not very often to me either. But it happened now and I’m going to tell you the story.
So I spend my last days (crying) in the Portuguese guesthouse where I’ve been volunteering for the last month and the universe don’t let me get bored in the final either. According to our great friend Murphy, anything that can go wrong, will go wrong. And our water heater knows this law perfectly, because out of the blue it just stops working. 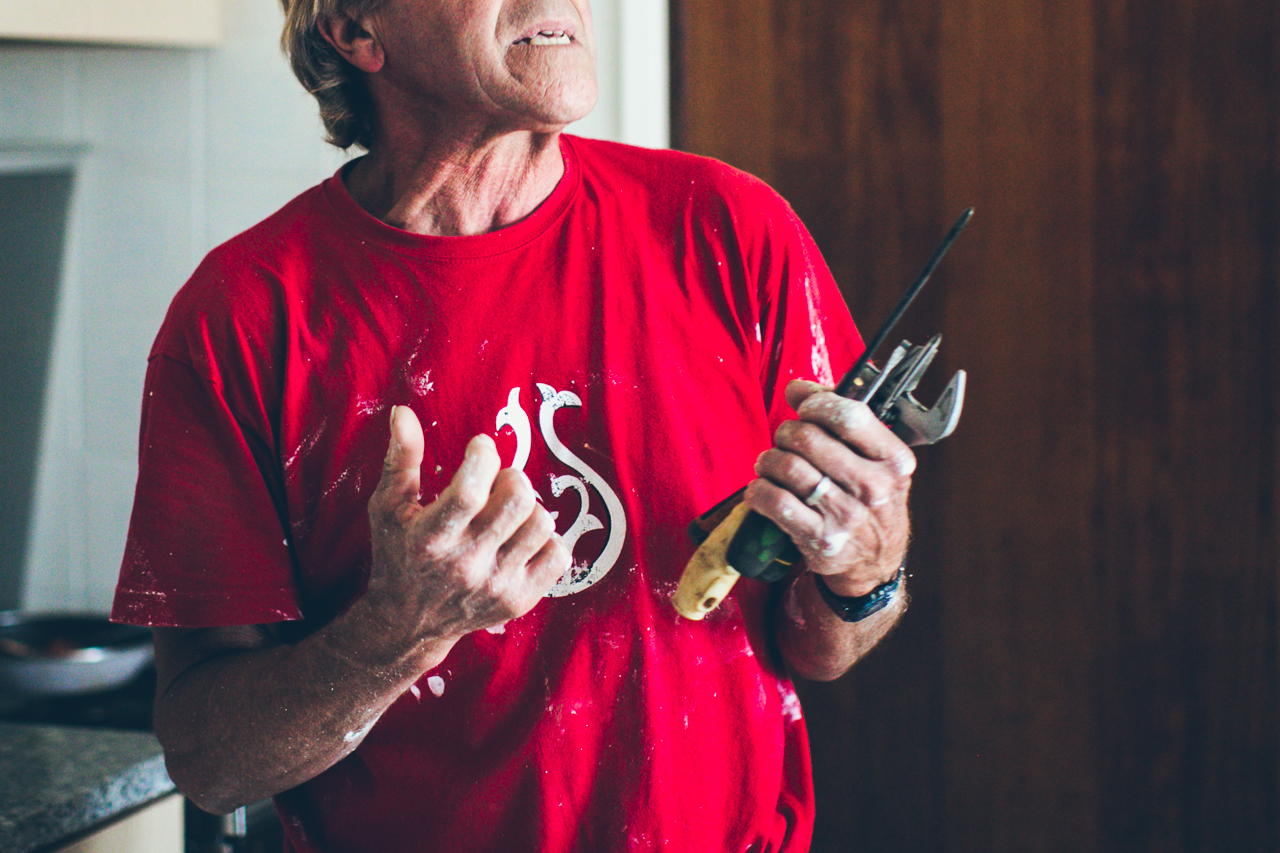 It would deserve a blog post only the story how we could manage to get an appointment for yesterday with a mechanic, who happens to be the friend of the neighbours, so could be the easiest and quickest solution. Except that it isn’t. This is Portugal. Even it is a small miracle that the man showed up yesterday, although he didn’t manage to get into the house. He was trying hard to explain with his best Portuguese that it was impossible to check on the water heater at that time. My dear had a more important issue: needed a meet-up with the neighbours, didn’t have time for work. Unfortunately.

Well, no problem, whoever wants to have warm shower?! That’s something invented by the devil. We can wait. And today has finally come, as well as 5 o’clock. And it passes by. And 6pm too. To be honest, we also forget about the rendezvous, so we become quite surprised at 7 when the repairman knocks on the door. I am trying to make some seafood willing to end up on our plates, but have to offer my place for the mechanic. I don’t know much about repairing water heaters, mainly when it’s all in Portuguese language, but I try to seem intelligent and keep nodding in a friendly way. But I tend to give up soon and make close friends with the seafood instead. Just to stop eating at the third bite and run fast to the kitchen from where I can hear pretty interesting noises. 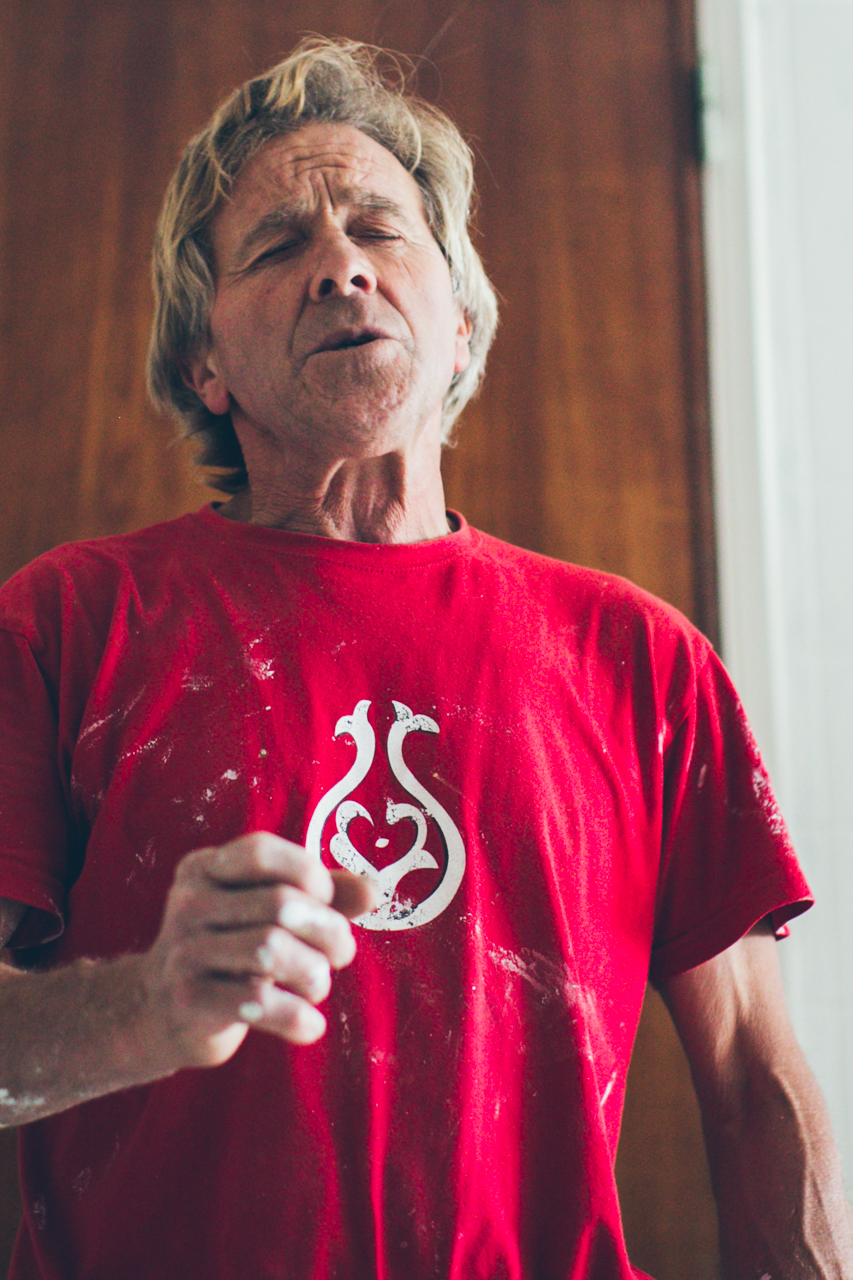 And in that very moment, somehow I find myself in the middle of a private performance: the mechanic man sings fado in crystal clear voice, with tools in hand and beer beside.
Fado (as you can understand listening to the above music) is a kind of Portuguese music, a bitter-and-sweet feeling, associated with ‘saudade’ (longing), that you can listen to in restaurants and bars, and there are numerous fado evenings in Lisbon too.
The guy is a genius. He sings fado acting deeply, sank into a world only he can sense and understand. We don’t have the slightest idea what is it about, I don’t understand a word. But we listen to it oooing and aaaing and simply can’t believe it. After a while our friend plays the woman’s role as well and I certainly feel like being part of a theater show. 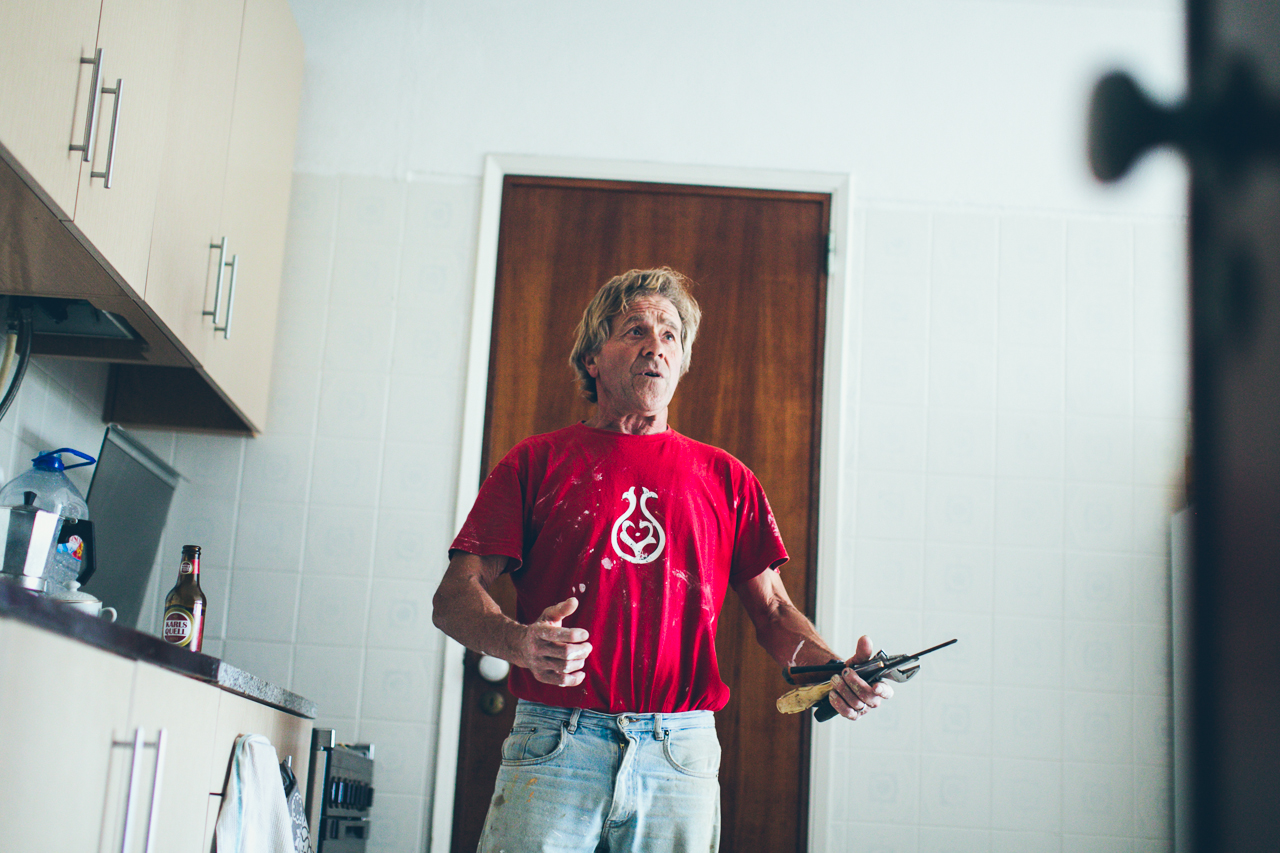 After regaining consciousness again, I manage to take some pictures and the performance is over, beer also. The gentleman says sorry not being able to repair the water heater, but promises of course, to come back tomorrow and do it. We presume it is somehow in connection with the hope of another free beer, but don’t mind it at all.
I ask Tim how on earth did we find ourselves in an amphitheater and he tells me that right after opening a beer (pure coincidence, certainly) it turned out that the man was a fado singer and he improvised a small performance at once. Unbelievable. This is something that can only happen in this country. It’s so unrealistic that it becomes perfectly real.
The water heater is still broken, but who cares when we had a chance to enjoy this private fado performance?! Performed by the most unexpected person. 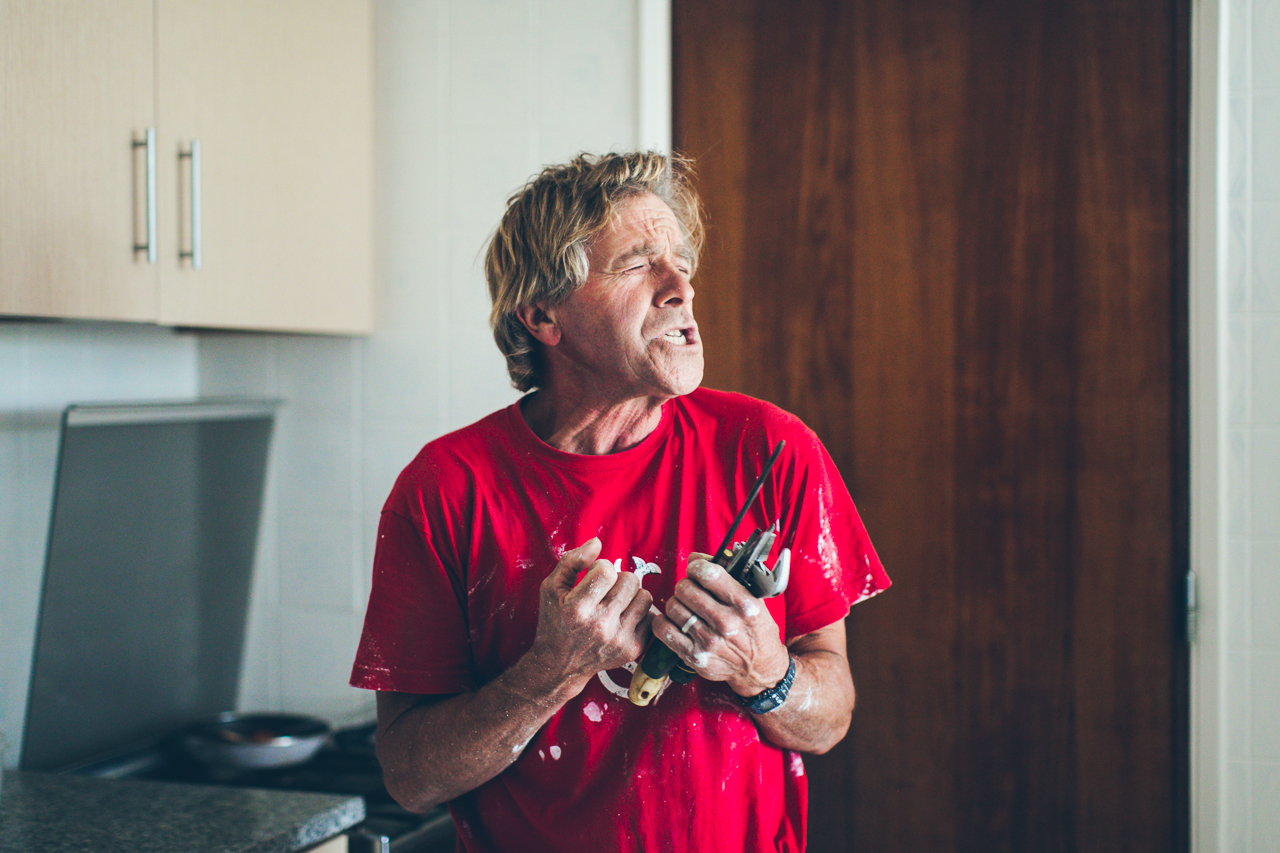