(Listen to the music while reading blog post. This time big thanks to Peti Daróczi-Végh for recommending this song. The destination you should visit: Montenegro.)

In the last Mind the Map post I mentioned how important is honesty to the readers and followers, that in exchange of their attention we owe them honest articles. In this manner, let me tell you the short story of my first big failure, a fast running away.

What was the plan?

A three-week journey to Canary Islands and Cape Verde before starting the two-month volunteering period on Tenerife island. Quite naive and stereotype ideas about palm trees, succulents, neverending sunshine, handsome volcanoes, temperamental and cheerful Spanish people and huge rocks falling into azure ocean. And about the desire to find and show Canary’s other face, that one which is a bit less obvious. Finding that Canary is not only for those who want a week-long holiday on the beach while gaining colour of a lobster. I also wanted to present Cape Verde about that hardly anybody knows anything yet.
And to have a little holiday also, because this year I visited places where I had to face more rainy days than sunny ones. 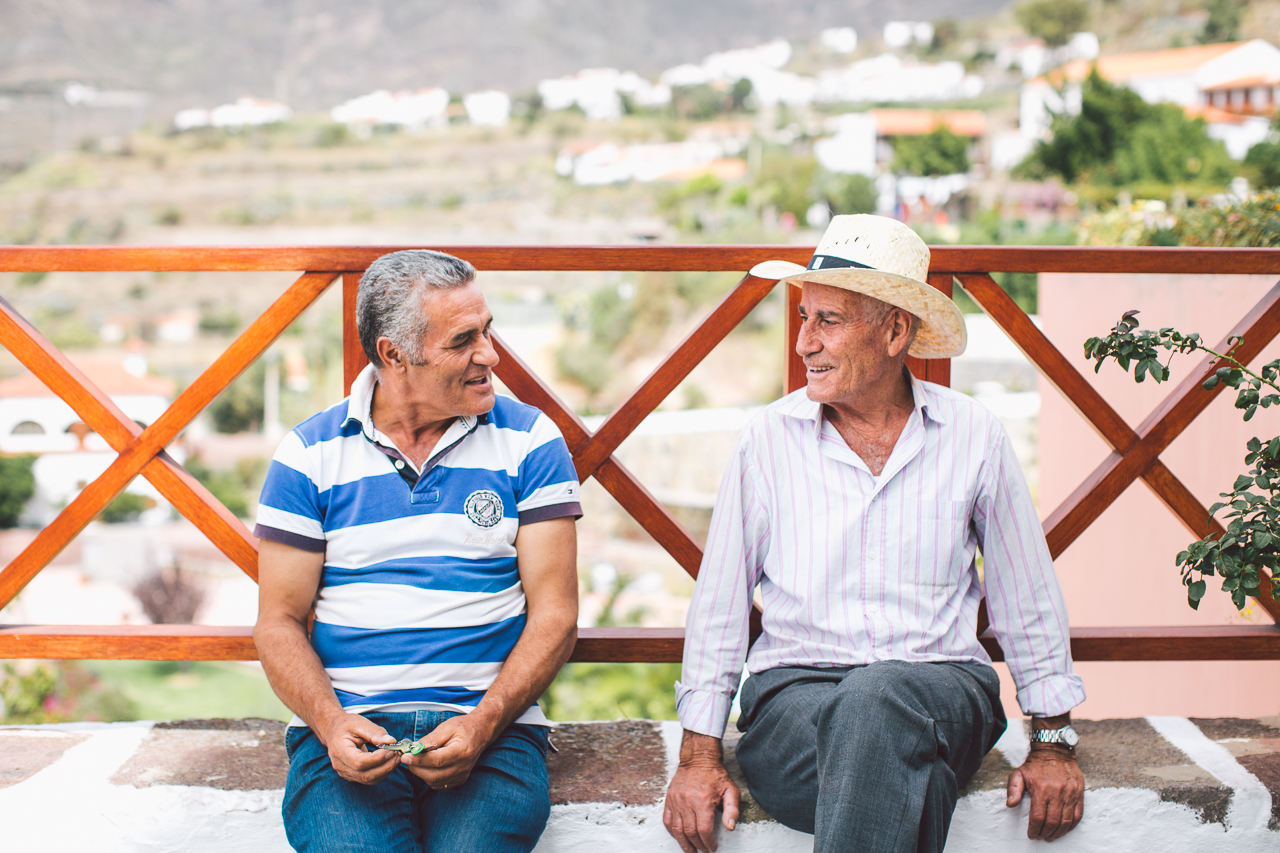 (slow life: locals having some chat in a distant village of Gran Canaria)

Breaking waves. I spent a week on Tenerife island, the big and popular one of the Canary Islands, while I saw numerous crinkled British asses, fancy restaurants and luxury hotels. I was searching for that other face I wanted so much to show, but I couldn’t find it. I only relaxed a bit at Teide, the volcano standing right in the center of the island. I just couldn’t help gazing at the green pine woods, the thousand-colour volcanic rocks and the cliffs blanketed with fog in the middle of the bald island.

Then I spent another week on Gran Canaria, where I rented a small car and slept in it, so chopped the Gordian knot of finding accommodation and transportation with a single slash. But I felt extremely lonely there; you don’t go on holiday alone. You go on holiday with family, friends or your partner, but not alone. Not to mention the kalima (sand coming from Africa) which covered the whole island like a thick blanket and was accompanied by a 39-degree heat wave. When I whined about it to my local friend Ramses, he just spread his hands and said it was not normal, at that time of the year the average daytime temperature was 22-24 degrees. So it was a relief to fly over to Cape Verde’s 28 degree moderate summer, although right at the airport I suddenly felt like a mouse in the trap.

I knew that on that specific island where the international flights arrive there is nothing special, only a strip of luxury hotels by the ocean, but plan A was to fly further and visit 3-4 other islands before returning to the Canary Islands. Only that it would cost some 365 EUR to fly just to one island and back. Alternatively I could take the ferry which takes 24 hours and costs approx. 160 EUR. Same for the next island. Prices of accommodation are insanely high, just like the food. It became clear soon that I can minimalize my loss if I leave the island as soon as possible. The only problem was that the next flight back to Spain was already full so I seemed to be locked in the island of Sal for a week where I felt I couldn’t spend a day. And this is when the trap has snapped on me. I couldn’t fly to another island, but didn’t want to stay at the original destination and had no possibility to fly back where I came from. Bang. 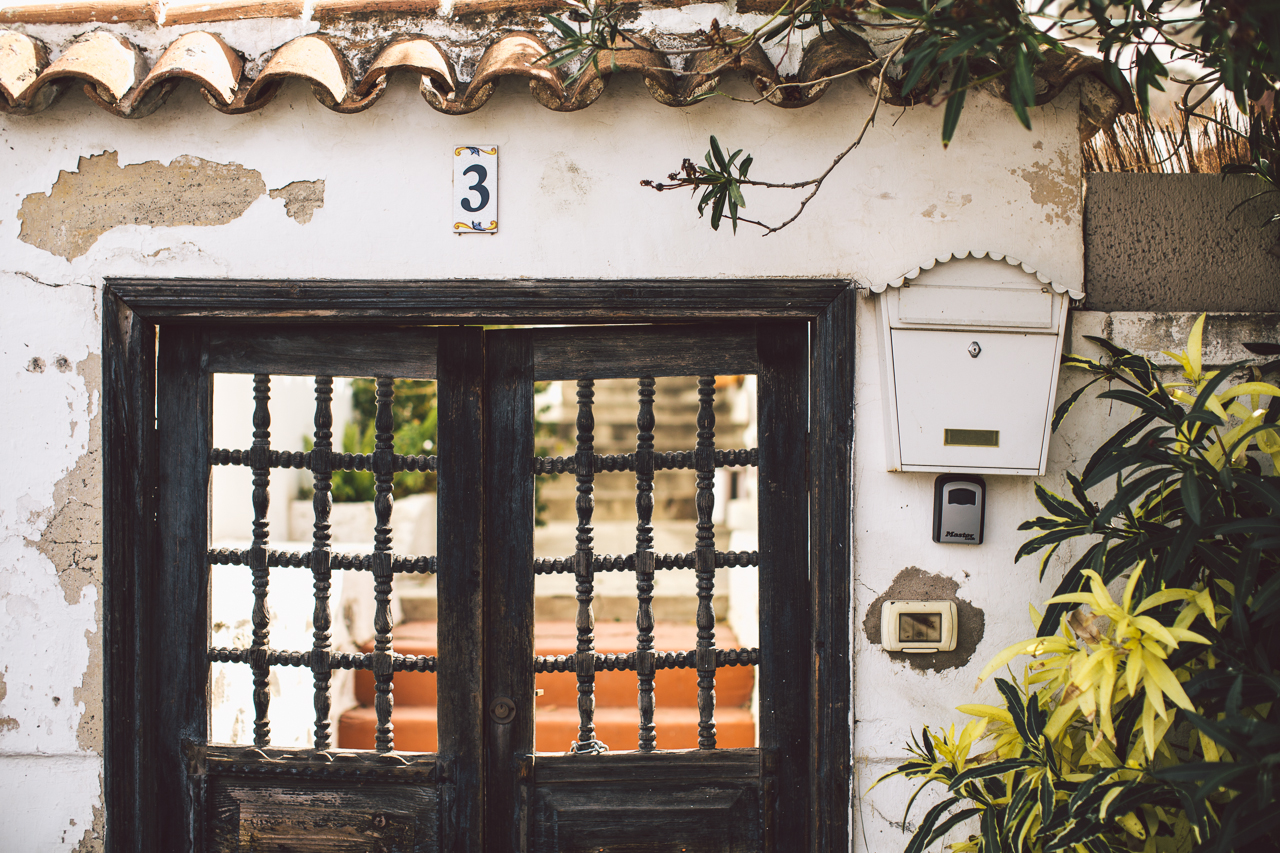 Where did I make a mistake?

Well, I did a lot actually, not only one.

Mistake no.1: I didn’t start my journey with the desire to go, for certain reasons I just wanted to get out of Budapest soon, it was not really important to where.
Mistake no.2: I compared the actual journey to the latest. To the drama of nature in Lofoten, the shades of green, the freedom, the trekking, the camping, the people, the experiences. But this comparing only leads to expectations and expectations often lead to disappointment.
Mistake no.3: I didn’t check up my destinations in details. Having arrived in Cape Verde, on the airport after going through the customs, a local guy showed the way to the Neckermann and Thomas Cook booths. When I told him I’m a solo traveler, not with a travel agency, he raised his eyebrows. Quite the same happened at the tourist office that I entered in casual clothes, with a single backpack, tent and sleeping bag. The woman at the counter eyed me up and down and said something like ‘this is not Thailand, love.”
Mistake no.4 which comes directly from mistake no.3: in the illusion of total freedom I didn’t reserved plane tickets and accommodations in advance, so this all became a big financial downfall.

What was the solution?

Finally I found my inner peace again, and I can’t be thankful enough for my kind friend, Ildikó for her support. As a prisoner in Cape Verde, I had enough time to think about the next steps. Ildikó helped me to understand that sometimes quitting an inconvenient situation requires more strength than staying in it. That admitting that we made a bad decision and changing it doesn’t mean failure or that you are a coward. And she also said something really important which I’d like to cite: ‘I say if you don’t feel good in a place, leave it! Don’t waste even a minute for not rewarding situations’ And this was what solved my problem. I decided what should be the next few steps and since then life gave me support. I wanted to come home, I could leave my volunteer place without any difficulties (this was my biggest concern) and found affordable plane tickets to Budapest. This is how I found myself here again after three weeks instead of three months. 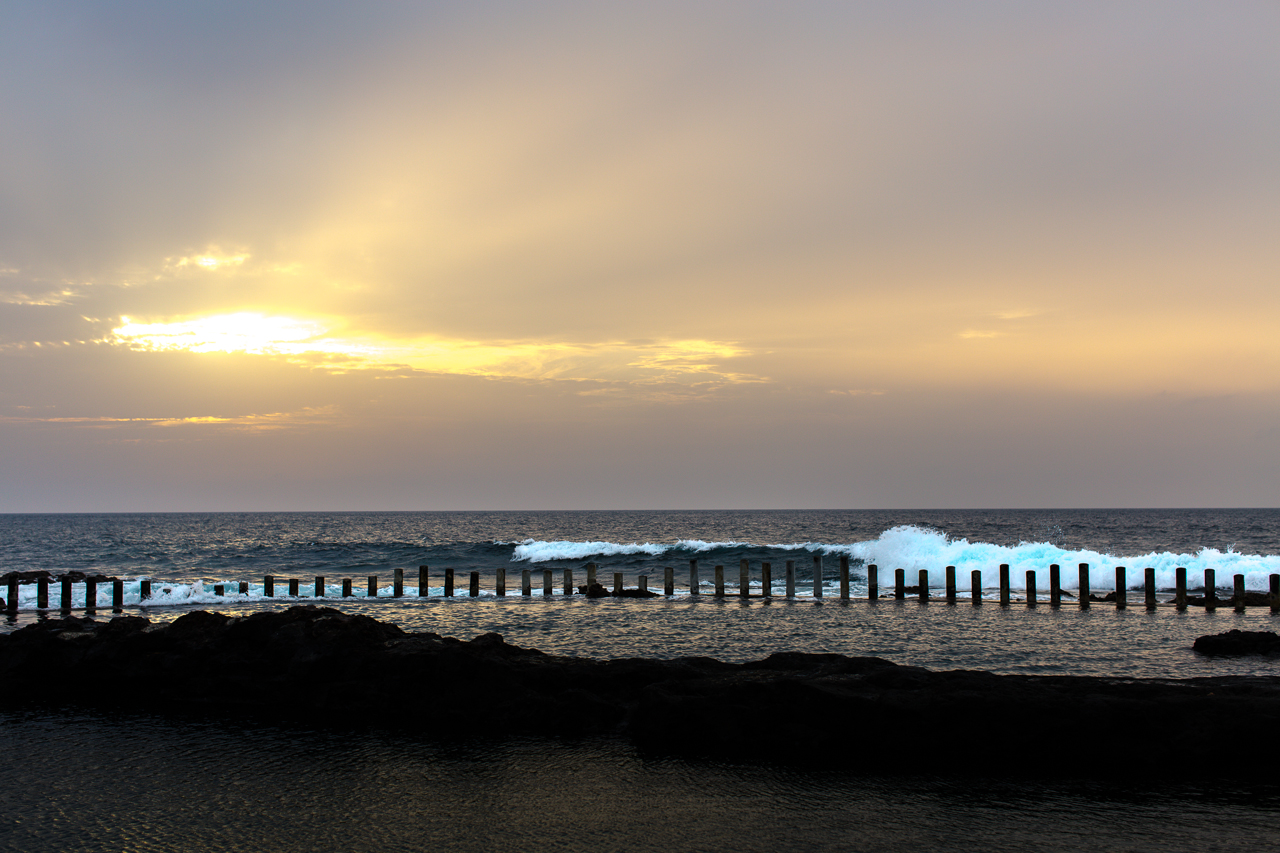 What did I gain?

Experience, haha. Just kidding, I learned a lot. Ildikó noticed a certain progress in my story that neither my closest friends nor I realized before. She pointed out that my distant trip to Norway was a trial of strength both mentally and physically, and after this I simply can’t continue my life the way I did before. So that if I don’t feel like cleaning toilets in exchange for a bed in a dorm room, especially in an island that doesn’t inspire me, is totally OK. She showed me that my growth follows a certain path.
And she was damn right. I think this is why I felt uncomfortable all the time. Just I didn’t know about it. After my decision though life became shiny and happy again. I got back that optimistic, cheerful, crazy and free Meli who I really like. I’m full of ideas and plans and in the next months I’m about to merge my desire for freedom and stability and my passion for travel and photography in a beautiful big dream and level up again.

(Blog posts and all the pictures of this website: Melinda Egyed / mind-the-map.com)