With pineapple to the Azores

Boa sorte. Good luck. I think this is exactly what led me here, to a tiny little island in middle of the Atlantic, Faial. Faial is one of the nine islands of the Azores, an exotic archipelago with an exotic name. And how I ended up here is another story, might be worth to tell, because until about 3 month ago I haven’t had the slightest idea that this paradise existed on the map.
There are certain signs that keep raise your attention with so much enthusiasm that you simply can not ignore them. And at this moment you understand you need something to do with it. This is how I decided to choose the Azores as my next destination. I was volunteering on Madeira island when suddenly everybody started to talk about this archipelago around me, day after day. I got peculiar ideas about coming here, but it took me some time to decide. And a pineapple.
On a beautiful sunny morning on Madeira I enjoyed the most delicious pineapple of my entire life in perfect harmony with my life, the universe and everything, when of course it turned out that that piece of pineapple is from the Azores.
OK, knocked out. No need to resist anymore. Life sent me all its soldiers to convince me and finally my destiny became a pineapple. As in a modern biblical story just instead of sending me off of paradise, I gained entry into it. 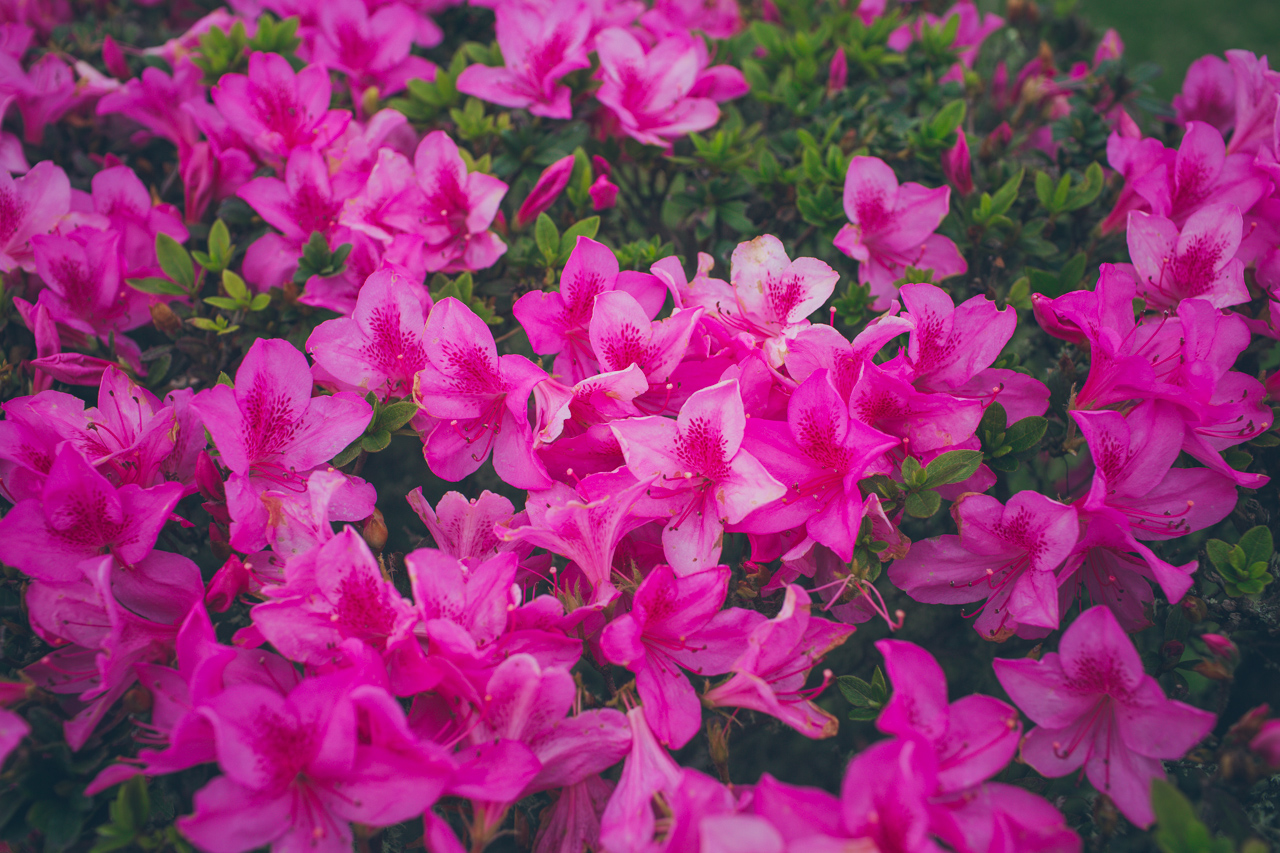 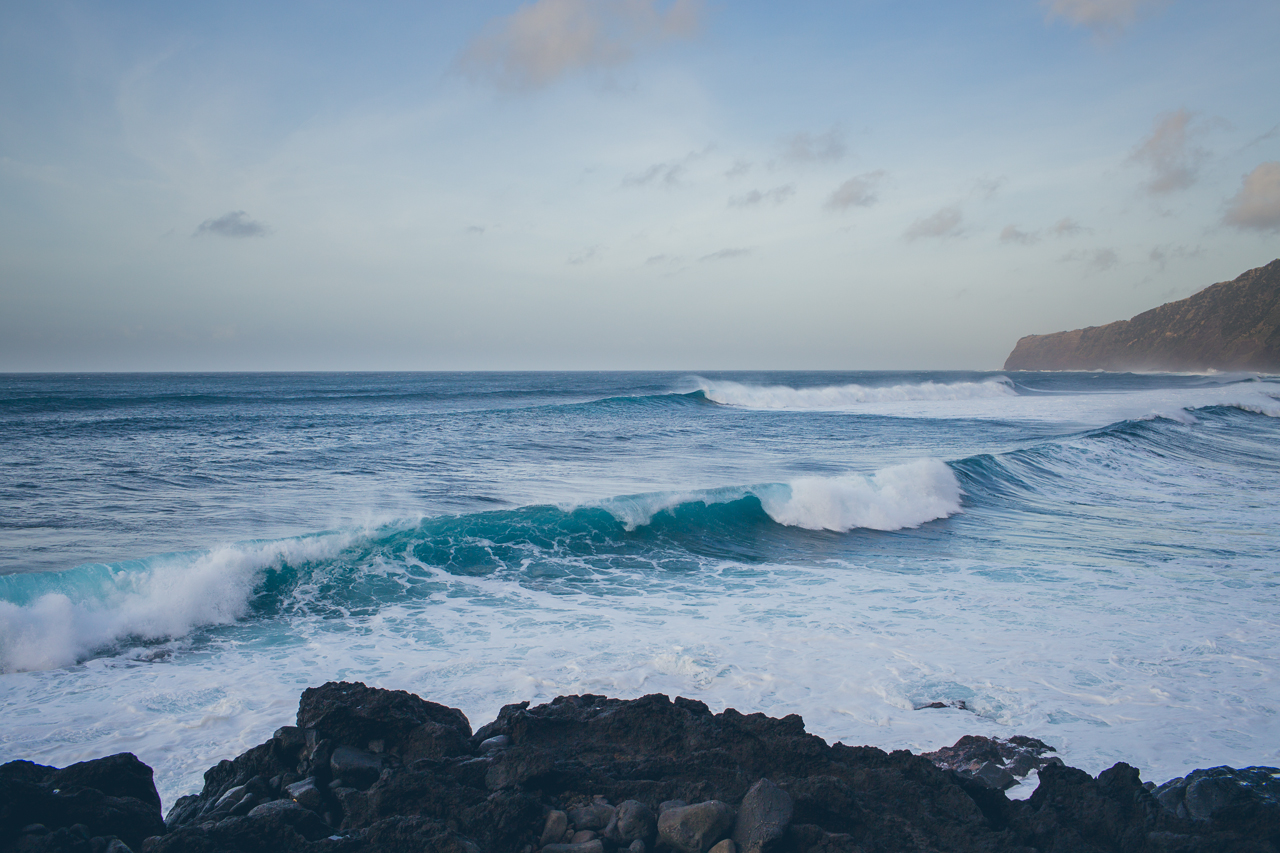 So these little volcanic islands are sitting in the very middle of the Atlantic, at a high risk because of the weather, the rain, the wind and the streams, but they don’t give a sh.t. They are incredibly green, covered with amazing flowers, have an enormous amount of nature miracles, have cows on their backs and one of them, Pico can be proud enough of itself, because it has the highest mountain of all Portugal, a 2300m high volcano with the same name as the island, Pico (if I am not mistaken, this means simply ‘peak’ and considering its situation, this is a very well deserved name.)
I have to admit I can’t wait to see this breathtaking mountain. From the island of Faial it must be an exceptional view to Pico, but I have a feeling that this volcano preens itself, because since I’m here it hasn’t take off its cloud-tailored negligee, not for a second. Day after day I wake up with the strong hope that today finally I can set eyes on the highest mountain of Portugal… But no. Not today. The most it let me see so far is this, a tiny little part of the peak. 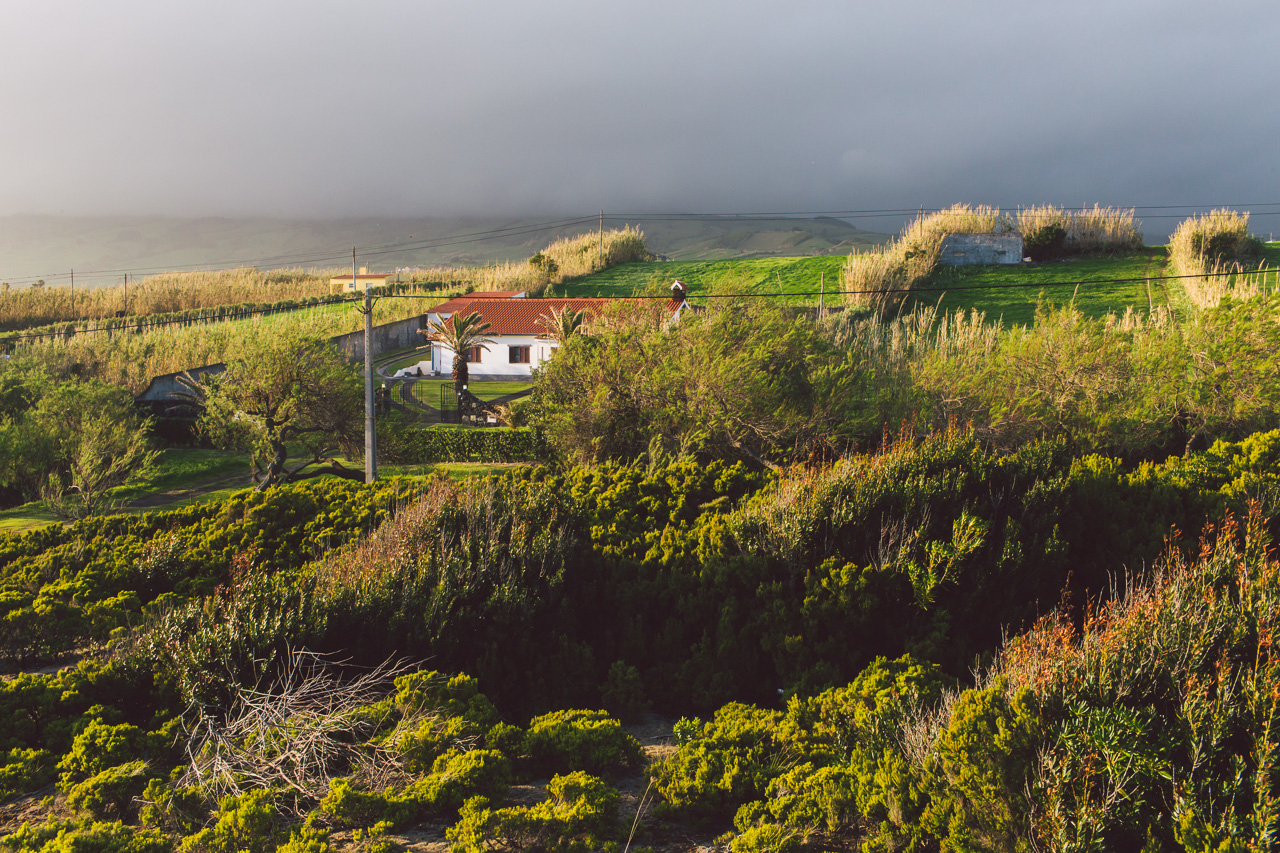 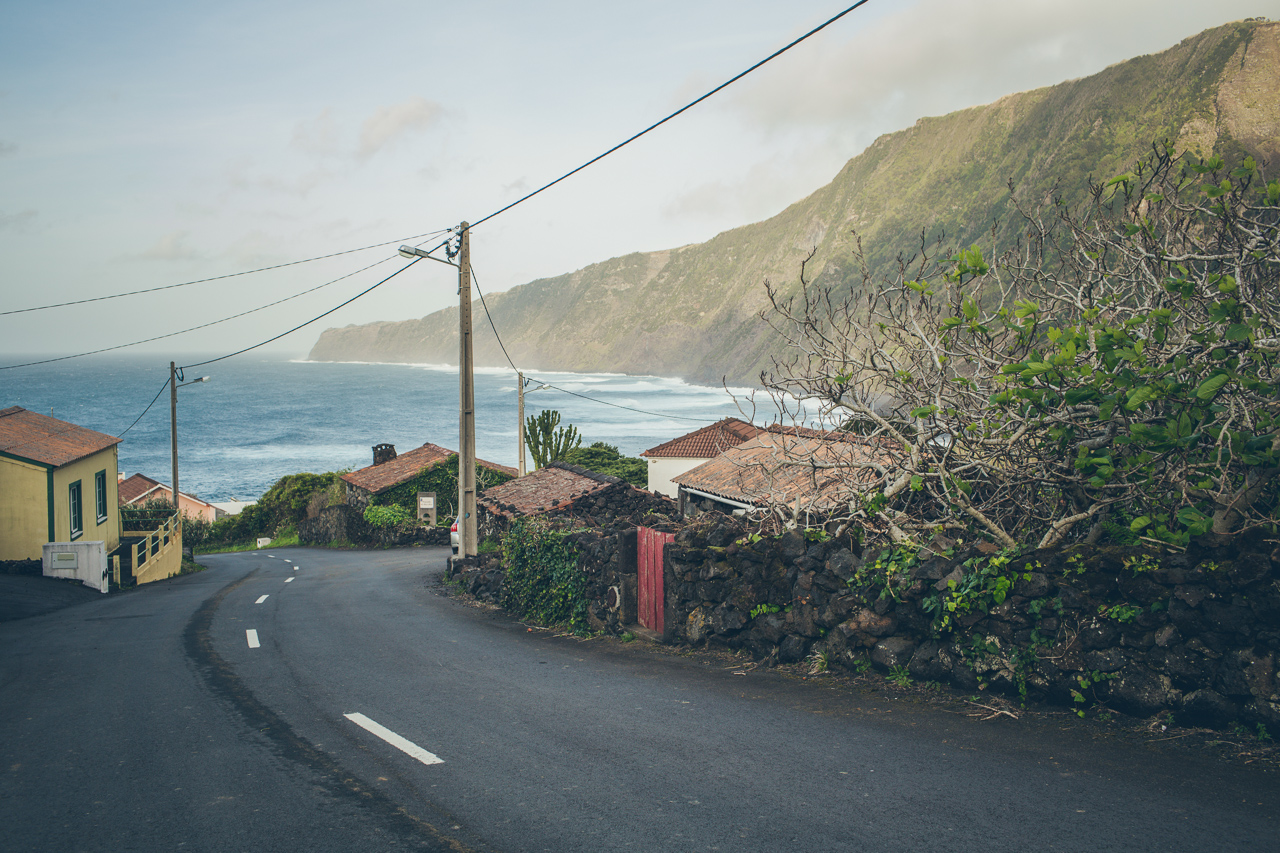 The weather changes very often here, as Ildikó, my friend would say, the climate is very complicated. Let’s admit this is nothing to be surprised at, considering its location. Now, far from the summer tourist season the temperature is about 16 degrees day and night, and at the moment all is cloudy and dark and grey and miserable, but this makes me cry out in extasy like a little child every time when the sun is shining. This happened exactly three times so far. 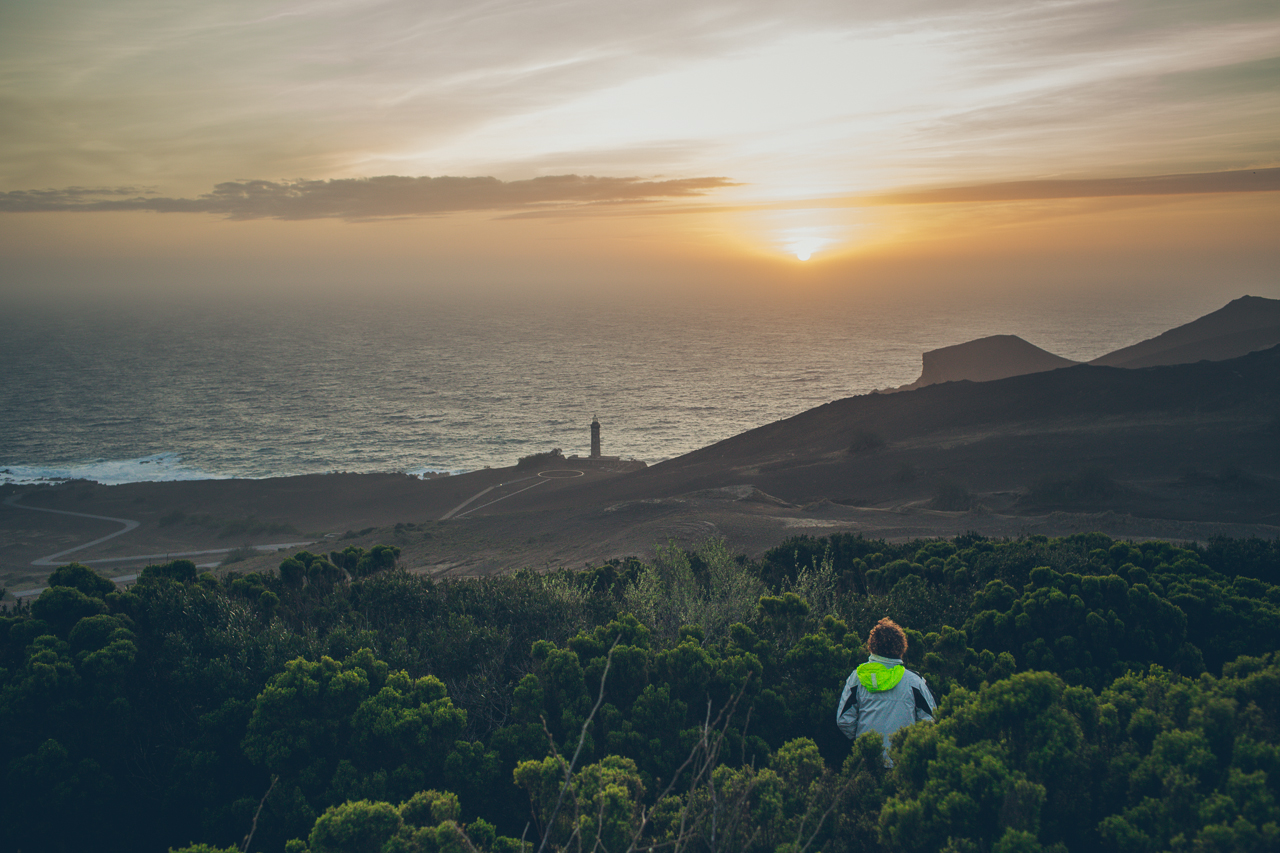 I found home on one of the central islands, Faial, volunteering for a kind Portuguese family. The only big city here is Horta, which is considered as a big city only locally, because it has 7,000 inhabitants and that’s all. Which is still half of the population of the whole island.
At this very moment the people of Horta might have themselves hibernated for winter, because I rarely meet others on the street. I assume with the sunshine everything is different, but though I show you some pics of the village just to help you imagine this neighbourhood. 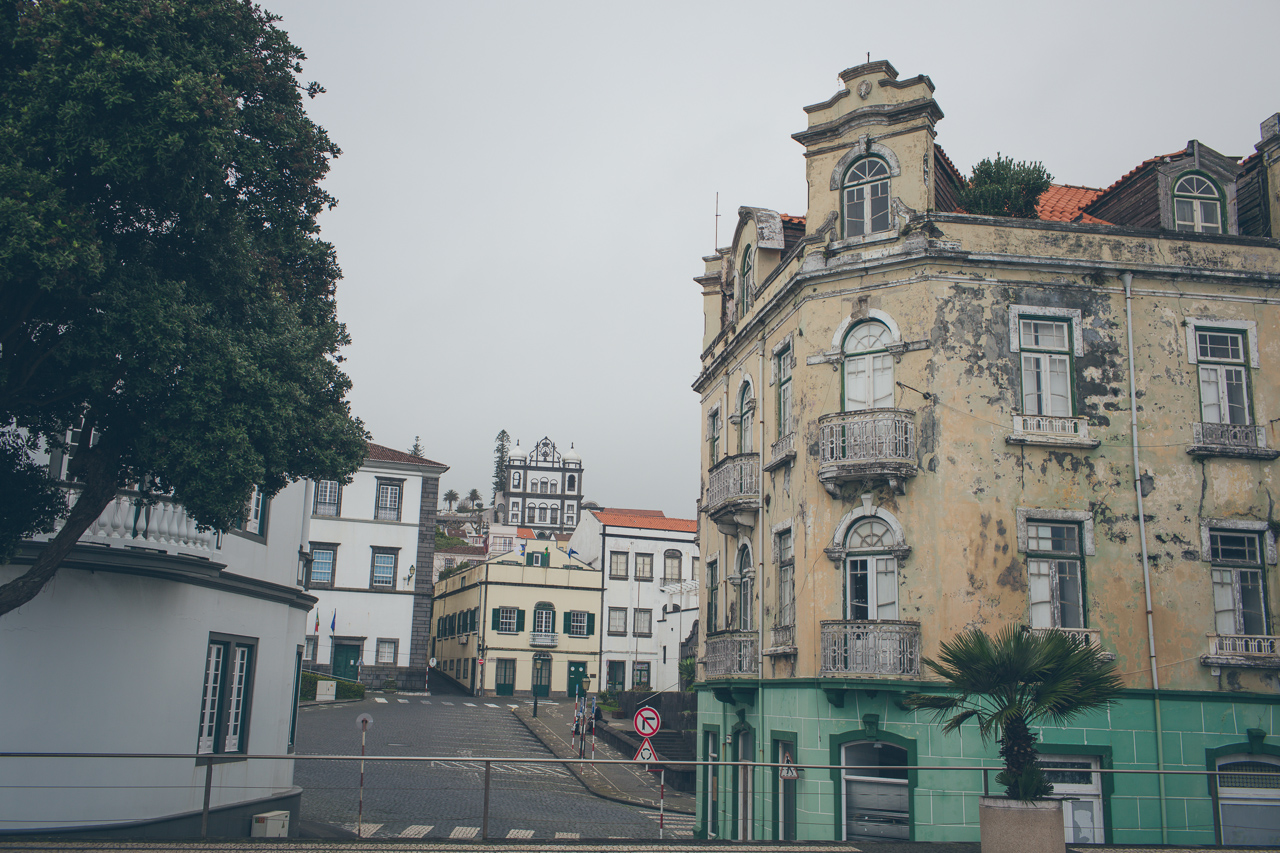 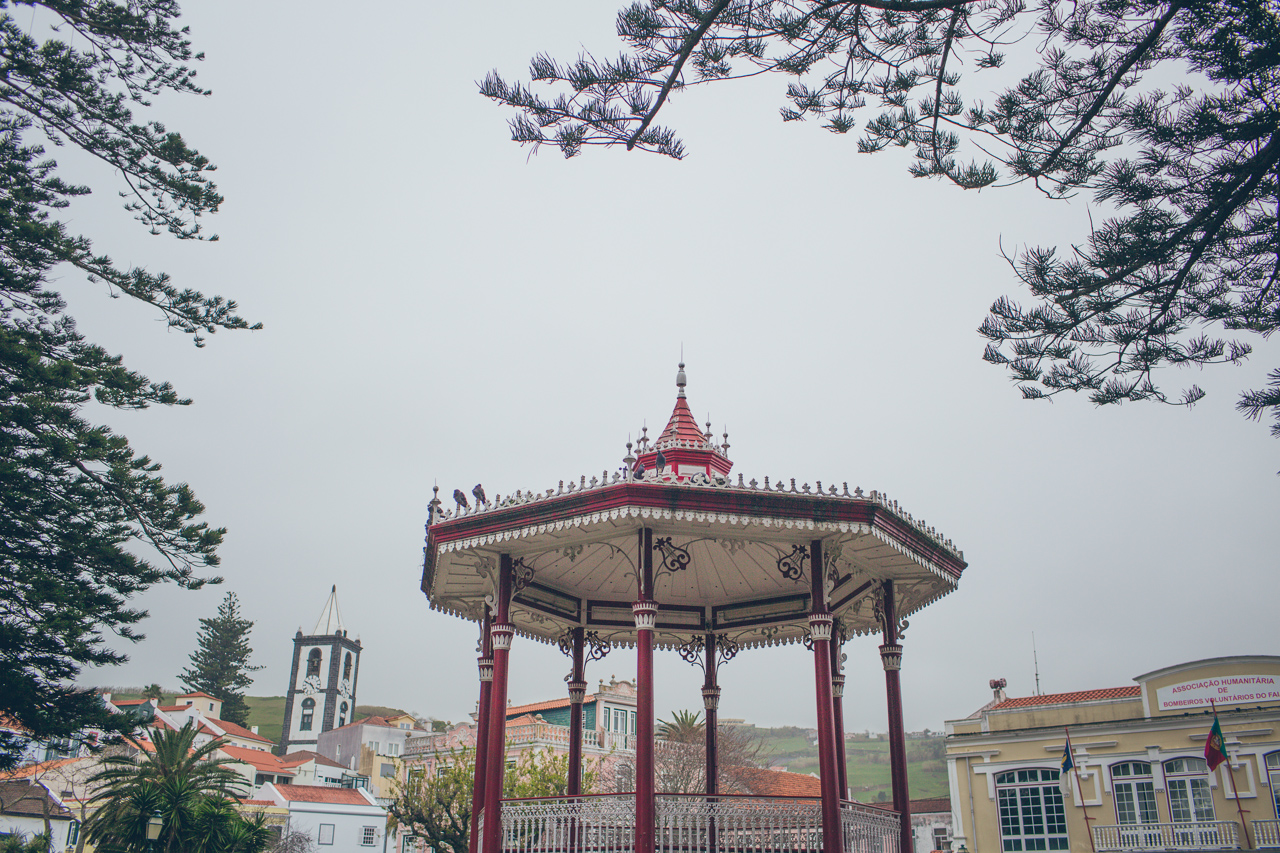 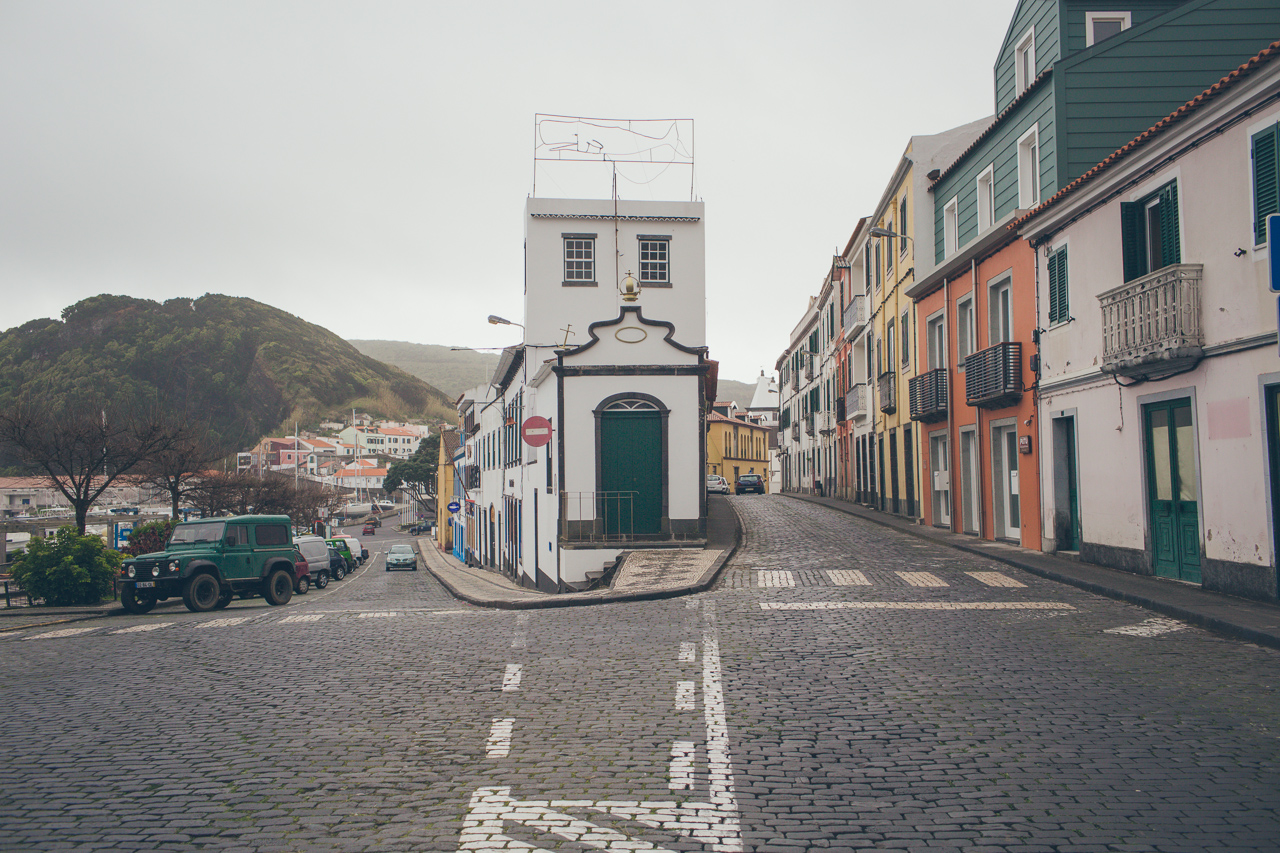 Horta has a nice little port, all covered with paintings by artists from all around the world, has tiny streets you can happily get lost, hills here and hills there to offer amazing views after a stifling climb (at least when not everything is in clouds), lovely bars full on Friday and Saturday nights, has swimming pool and cultural center as well. And cows. A lot of cows.
Because cows are good. Literally, my neighbours are cows. And no, I don’t call names the nice people living close-by. Deep in the island you can find a levada, which is quite familiar for me from Madeira. Levadas are built channels for water transport for the agriculture and the industry. On Madeira they are countless, making the whole island a big spider net, you simply can not go 500m without bumping into a levada-walk. Here in Faial there is only one levada, and it doesn’t even have a name. It’s just levada. Well, basicly it doesn’t need a name if it is the one and only of its kind, right? 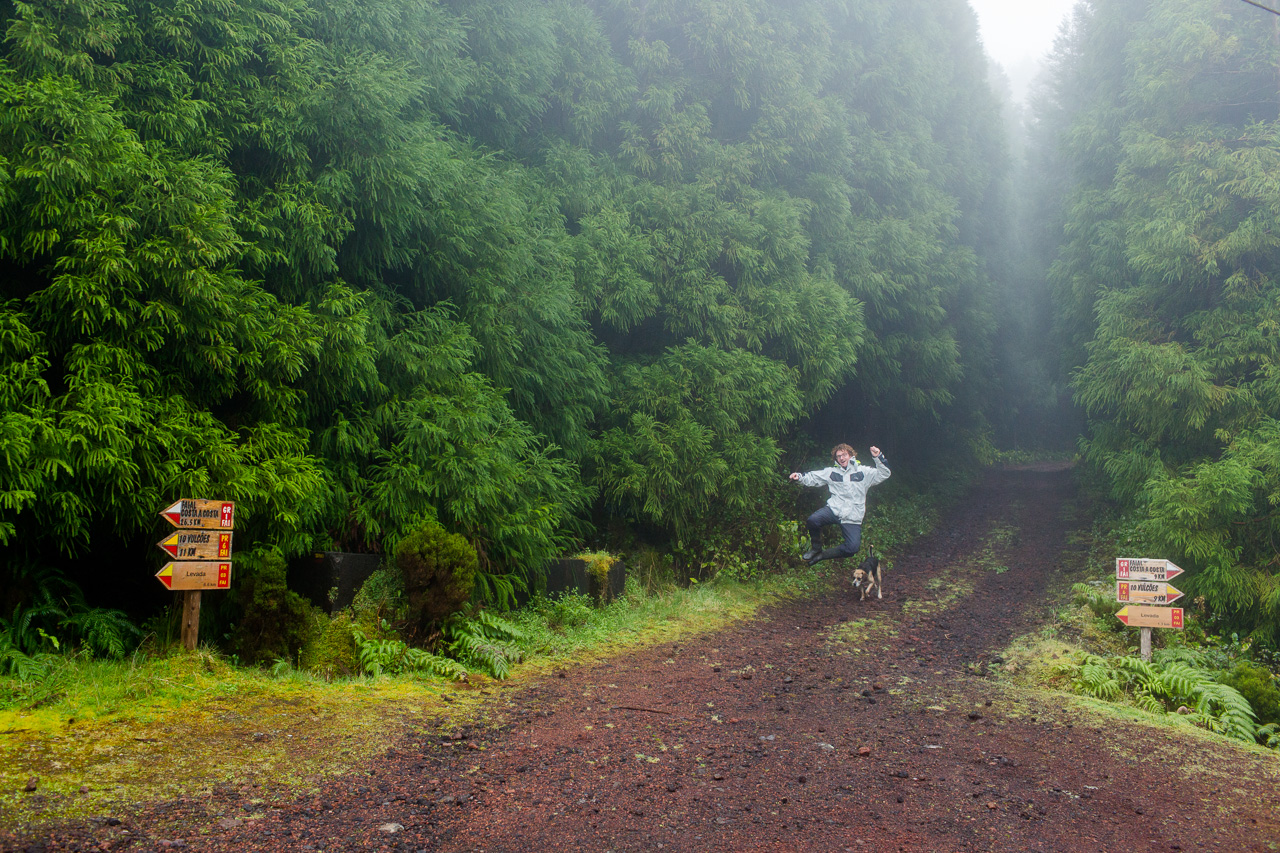 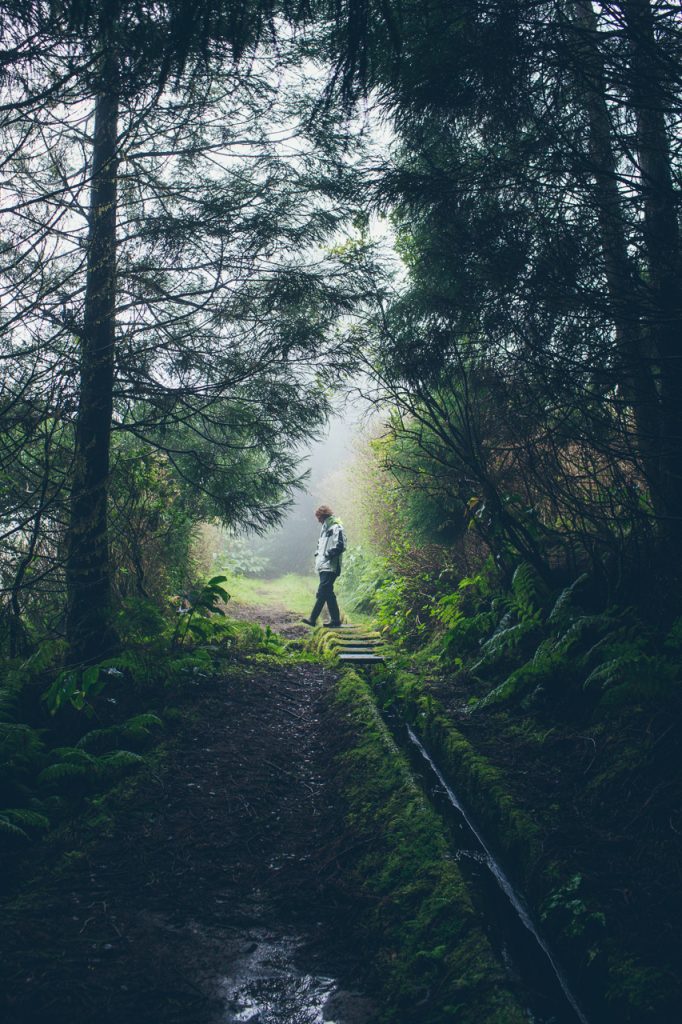 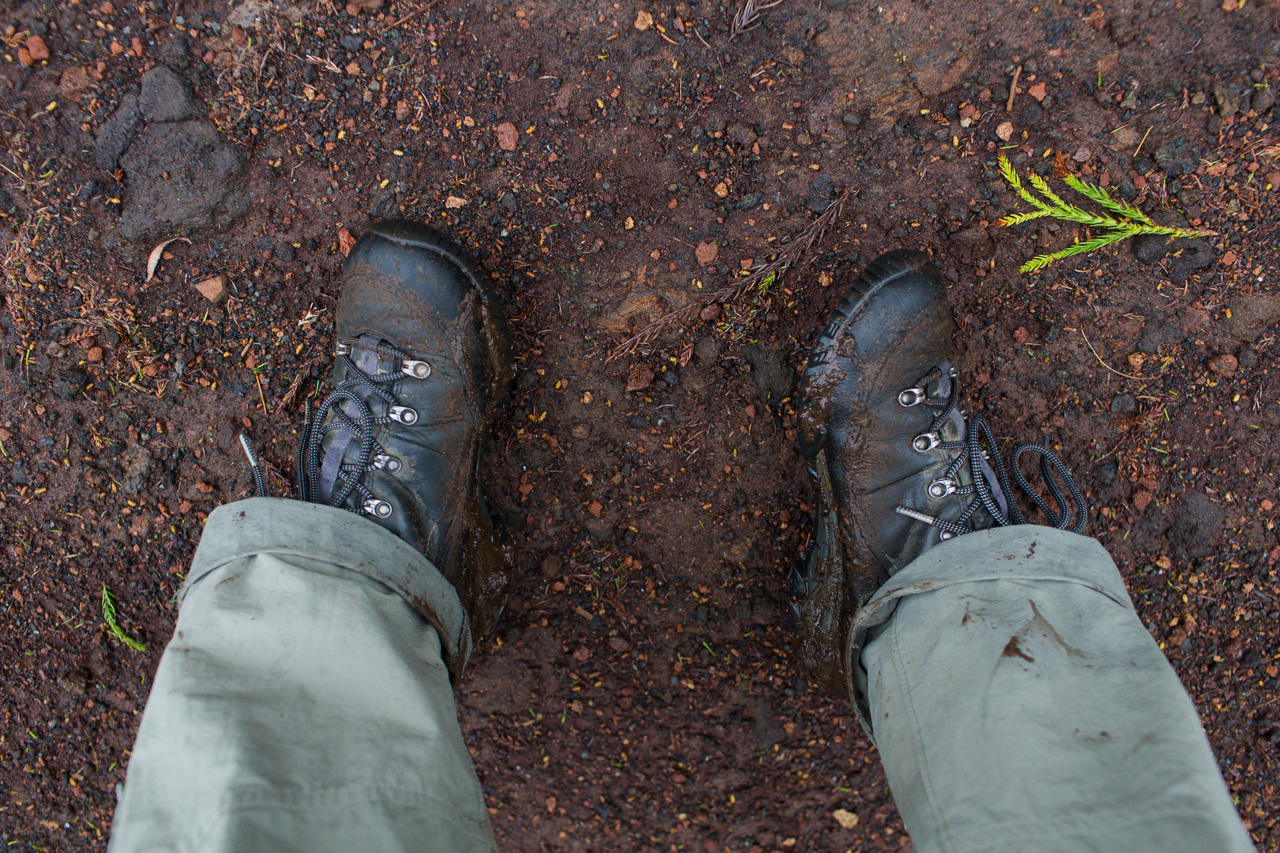 There are millions of miracles waiting for me to explore, these are just the first impressions. I can’t wait to get to know this island more, slowly-slowly, with the help of the local people. And I am so grateful for every single day, every single moment I can spend here in this paradise.
And of course, I eat pineapple even while creating this blog post. Because after all, the pineapple of the Azores made me come here.