(Listen to the music while reading blog post. This time big thanks to Peter Kostal for the recommendation.)

‘Hitler.’ says the man who has a beard like Santa.
‘Pardon?’ I look at him a bit puzzled.
‘Hitler.’ and he shows the infamous mustache to make sure I understand.
And I understand just don’t have the slightest idea what he wants to tell me exactly. This happens when you have to face with language barriers: I don’t really speak Portuguese (yet) and the man doesn’t speak a really polished Hungarian either. 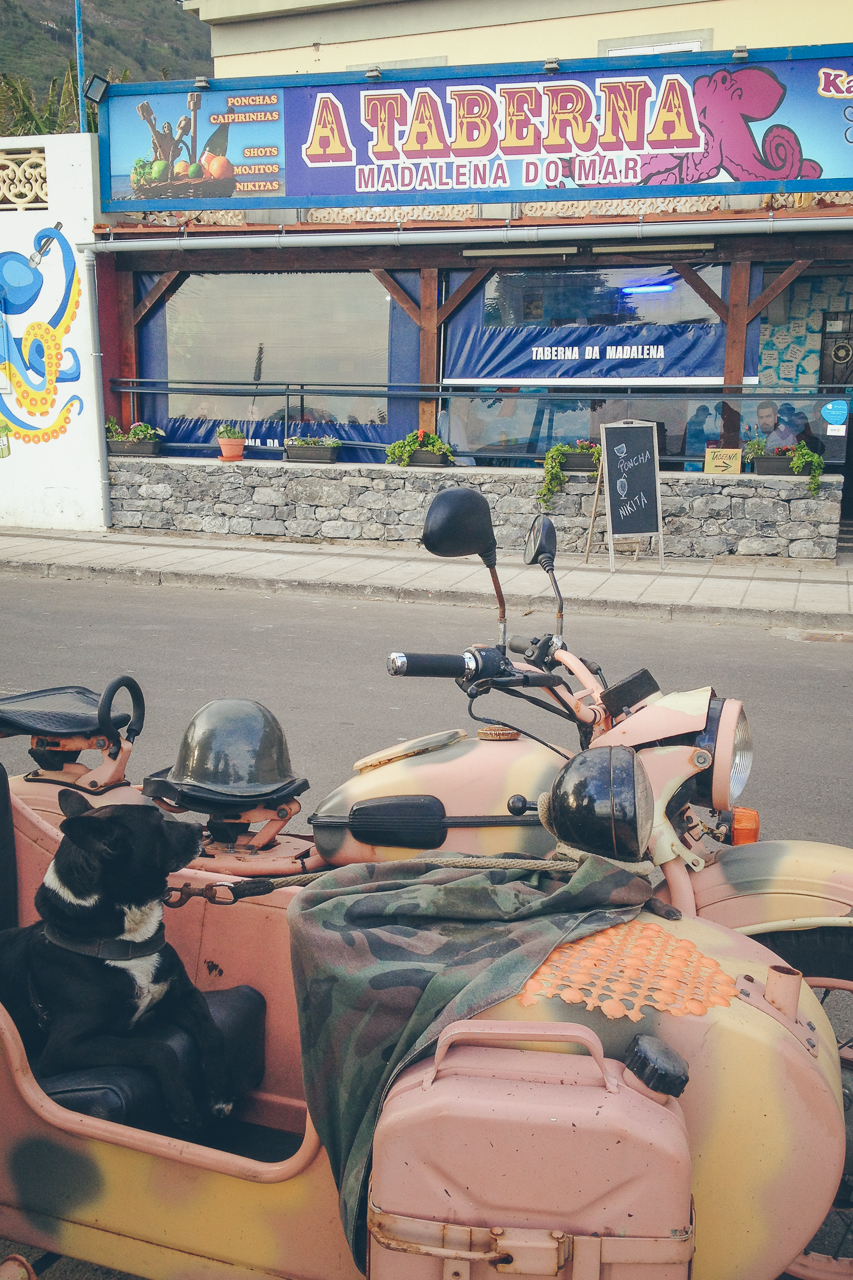 Well, this was quite an ‘in medias res’ start, so I try to tell the story from the beginning. With my Brazilian friend, Karine we are sitting by the ocean feeling sheer happiness over the fact that after several weeks of shitty weather we can enjoy a day of sunshine finally. And then out of the blue this noticeable vehicle stops by us with its noticeable driver and the also noticeable passenger.
We are gazing them.
Obviously we start to chat and I’m trying to tell Mr. Santa with my primitive Portuguese that his motorcycle is pretty cool. This is when he starts to mention Hitler. Karine helps us with translation and it turns out quickly that the vehicle is a replica of a motorcycle used in the world war II. If you watch the picture closely, you’ll see the hole where the weapon was inserted. This should be creepy but with these bohemian colours, the big-bearded Santa and the black and white dog named Panda in the sidecar it’s just friendly and joyous somehow. 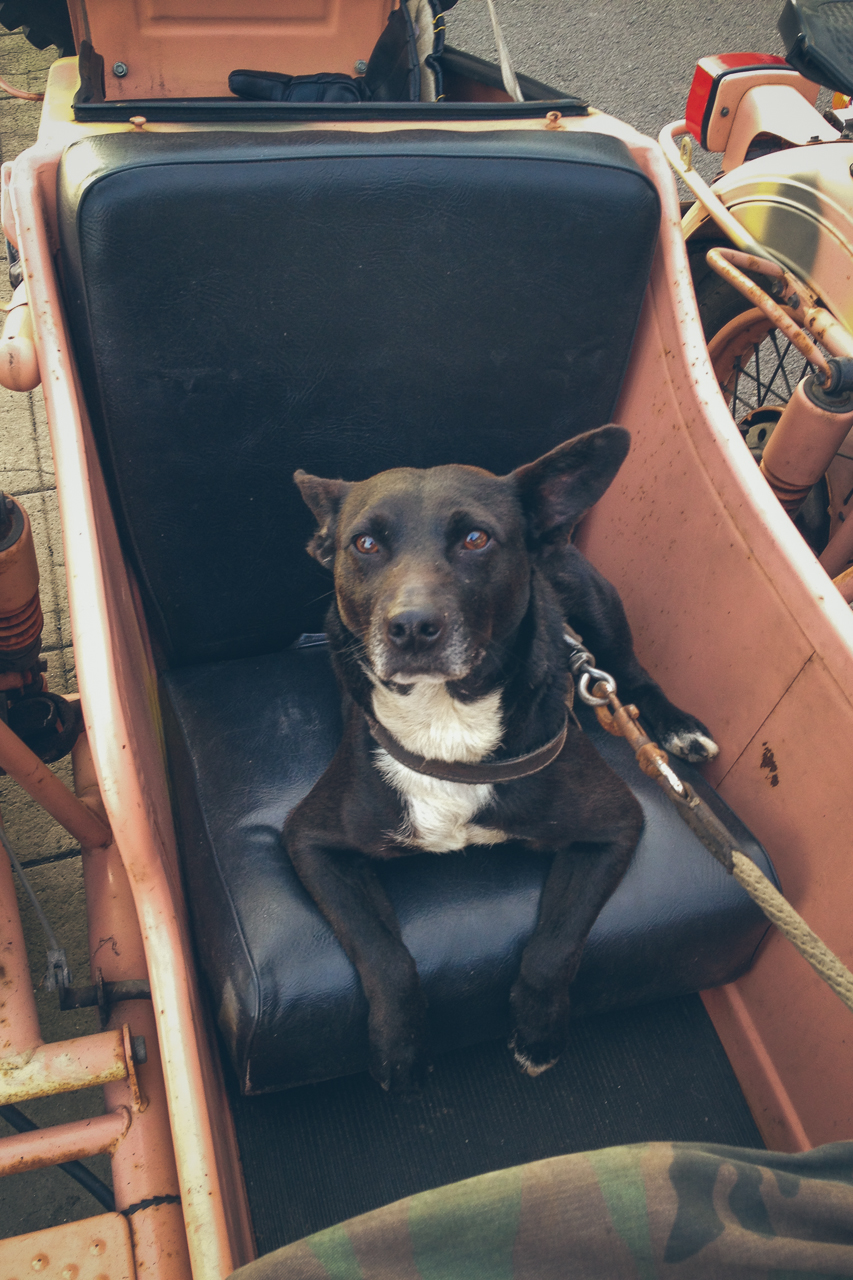 We are just thinking about going back home with Karine and starting to search for the optimal place for hitchhiking when two helmets are mysteriously appear from the carrier box (they seem more like some pots suitable for cooking goulash soup – ok, I might already be missing Hungarian cuisine). Papa João offers a ride and we don’t really believe how lucky we are. 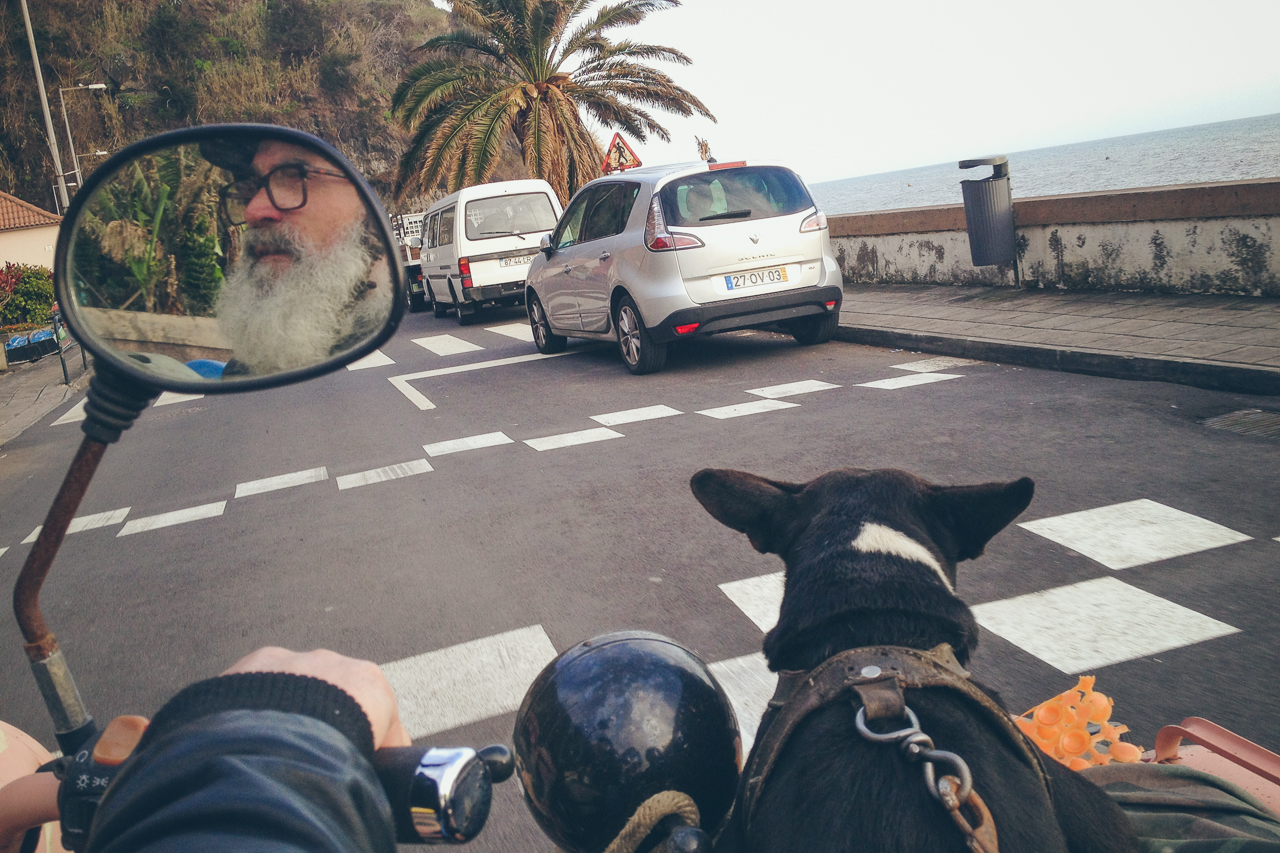 So this is how we take a trip together in four on a WWII motorcycle with sidecar on Madeira island: João, Panda, Karine and myself.
We can hardly enjoy the rid when João stops the engine. Poncha bar. I start grinning and whispering to Karine that this will be quite a long way home if we stop by every single poncha bar. And yes, we do. 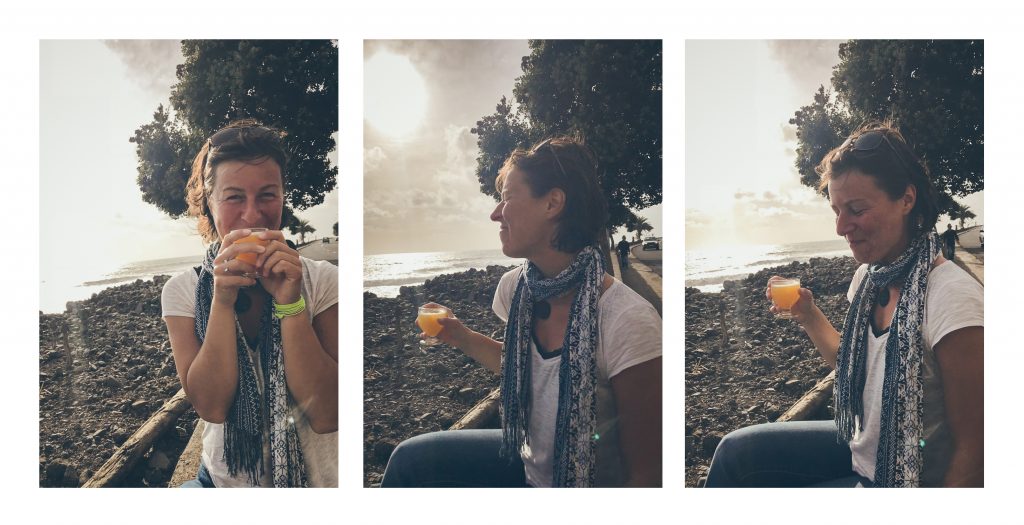 (These photos of the ocean, the poncha and me are taken by Karine Gonçalves. Big thanks!)

Our mood is becoming more and more happy so I teach João how to say cheers in Hungarian (it’s ‘egészségedre!’ if you ever wondered) and he will have several opportunities to practice the new knowledge after… Speaking of ‘cheers’, I need to explain how is it here with the ‘drink-or-drive’ issue. I was new here on the island, some 1,5 years ago, when after having drunk a beer I was asked to drive somebody’s car. I said ugghhh-welll-shhhhh, I never drive when I drink. The answer was a massive laugh and I’ve been told that on Madeira island nobody drove unless he had drunk before. Looking at the narrow serpentines and the crazy locals driving here, no wonder why.
And there is the question what happens when you are caught by the police. The blood alcohol level here is 0,5 which is more tolerant than in Hungary (we have zero tolerance there), but sometimes it happens that local drives are not quite willing to do the breath test. In this case, they say, you only need to ask the police officers to do the test first. They will let you go without any further questions. 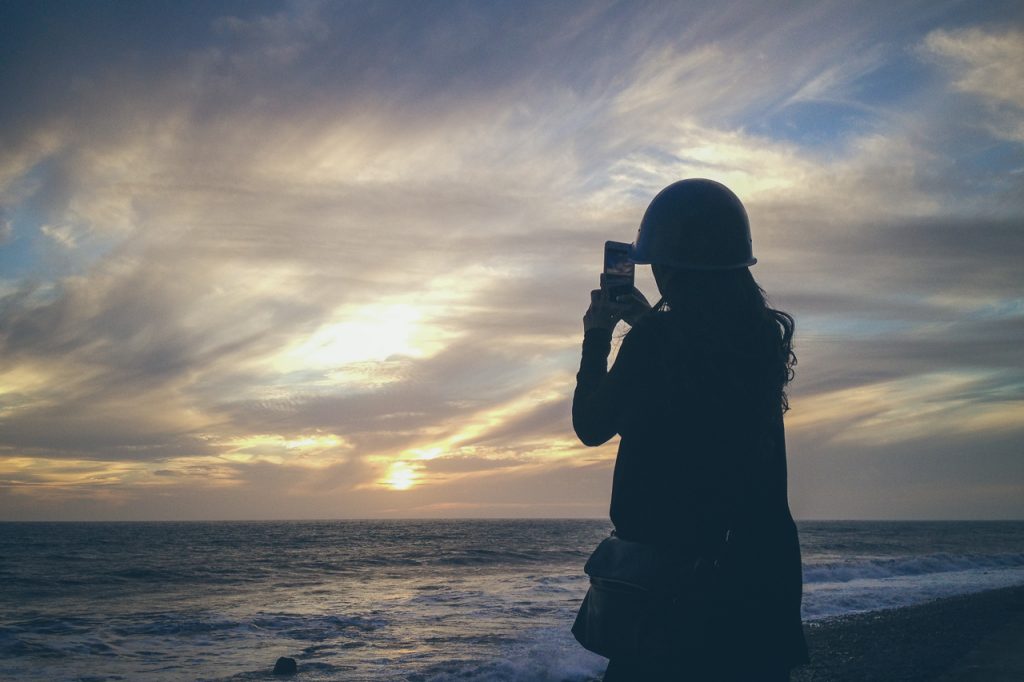 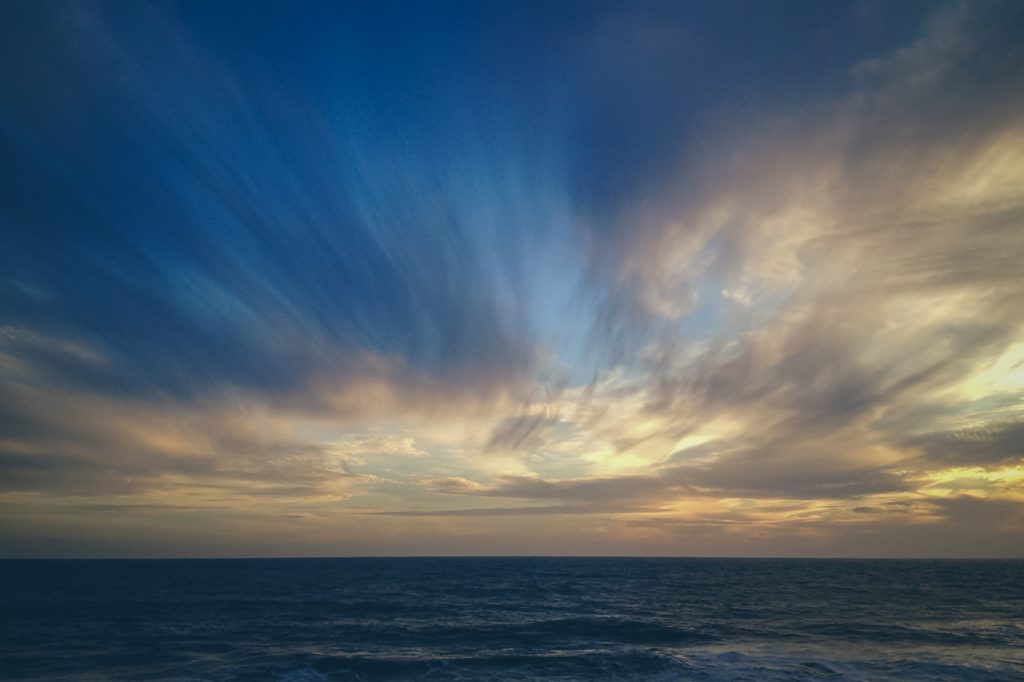 As a perfect ending of the day we can enjoy a breathtaking sunset and after the fourth ponchas we arrive home safe and sound. We invite João to our little balcony – of course with the promise of some more ponchas.